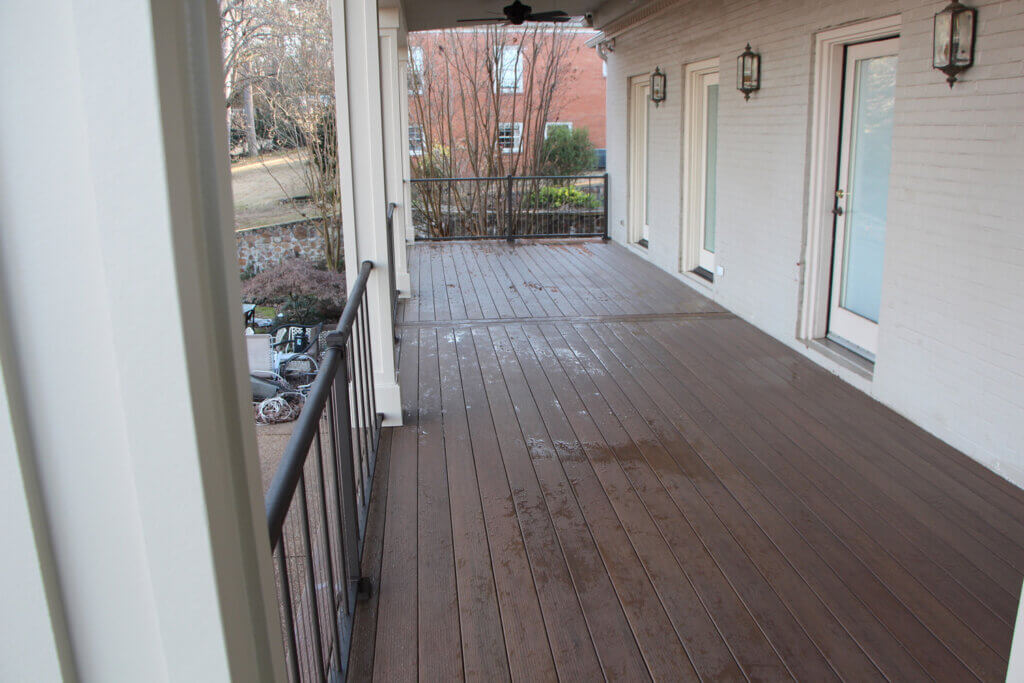 Even the tough ones!

This existing deck was collapsing! Why, the deck and back porch on this beautiful Cammack Village home over looking the Arkansas River had some less than smart contractor pour 4 inches of concrete of top of the existing deck a few years back. Then, the contractor installed ceramic tile on top of the 4 inches of poured concrete thinking a slight grade would drain the deck and patio adequately.
Unfortunately, this was wrong! Very wrong!! Moisture penetrated the tile and concrete probably at the first heavy rain after all of this was done a few years back. As the wood structure became saturated with moisture and started decaying the weight of the concrete and tile ( 58,000 pounds) caused the structure to start sinking and collapsing. When we were first contacted, and upon our initial inspection, we encouraged our customers to stay off of the deck and patio and to not park under the deck.

Removing and disposing of 58,000 pounds of concrete was no easy task, but Sideco was up to the challenge. We actually cut the concrete into 3 X 3 squares and removed it with a small lift then into dumpsters. It actual took as much time to remove the concrete and structure as it did to completely rebuild the deck and porch. In addition to installing Timber Tech Legacy decking and aluminum cable rail, Sideco also installed a under deck system to make this area a dry space for parking. ( note the pics of the underneath) We also built all new custom columns for the porch and under the deck.

From beginning to end Sideco employees completed the entire project in 4-5 weeks.